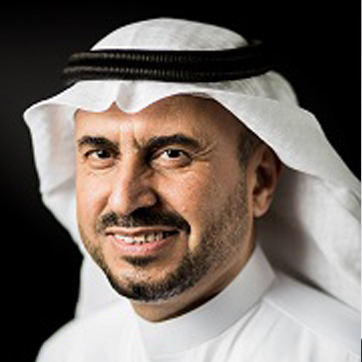 In July, 2010, Ahmad became the vice president of Gas Operations, headquartered in 'Udhailiyah, where he led a complex organization comprising seven gas processing centers with a capacity of 12 billion SCFD.

Prior to that, Mr. Al Sa'adi was vice president of Pipelines, Distribution, and Terminals, which operated more than 50 facilities throughout the Kingdom. He was responsible for the transportation of oil, gas, and domestic fuel distribution through bulk plants and air fueling units, and for Kingdom crude exports through terminals.

Mr. Al Sa'adi held the position of chief engineer of Saudi Aramco; and prior to that, president and CEO for Aramco Gulf Operations Company (AGOC), and chairman of the Executive Committee, providing policy and direction to Al-Khafji Joint Operations. He served in a supervisory capacity - domestically and internationally - over a multitude of engineering, refining, and project management fields. Ahmad is currently a Board Member of Pandlewood Corporation N.V. and National Industrial Cluster Development Program, and serves as chairman of Saudi Aramco Mobil Refinery (SAMREF), the Sadara Chemical Company, and International Maritime Industries. He is also a member of the Saudi Aramco Management Committee.

Mr. Al Sa'adi joined Saudi Aramco in 1981 after earning his bachelor's degree in chemical engineering from KFUPM. In 2000, he completed the Management Development program at Harvard Business School.