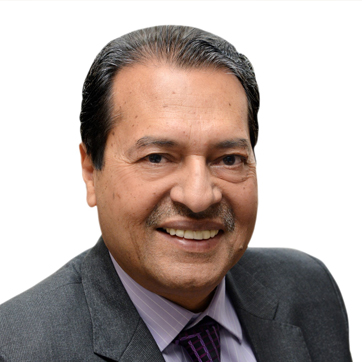 Dr. Bhaskar Chatterjee has been associated with the Steel Industry from the year 2004 when he served in the Government of Odisha as the Principal Secretary for Steel, Mines and Coal. He was also the Chairman of the Odisha Mining Corporation. During his tenure in these positions, he signed a large number of MoU's with the major players in the Steel Industry paving the way for the entry of large scale steel related investments into the State. He is particularly remembered as the person responsible for spearheading the State Government's negotiations with POSCO STEEL of Korea. He has travelled to the sites of many steel production units as well as many mining conglomerations. Subsequently, as Secretary in the Department of Public Enterprises, he was closely associated with the leading Public Sector Steel Enterprises such as SAIL & RINL. As Principal Secretary Steel and Mines in Odisha he was also closely associated with the formulation of National Policies on Steel and Mines.

Dr. Chatterjee is also a widely acclaimed management practitioner, theorist and teacher. He has written and lectured over many years on issues of social and sustainable development, corporate responsibility and human resources.

He joined the Indian Administrative Service in 1975 and has held many distinguished positions. In 2008-09, he was Principal Adviser in the Planning Commission. Here he was deeply involved with a number of micro and macro-economic measures. He was also a part of the team responsible for shaping India's response to the global economic crisis of 2008. Currently, as the Secretary General of the Indian Steel Association he is involved with a large number of concerns and issues in the Steel Sector. He is in constant interaction with all the Government Ministries and Departments whose policies and programmes impact the Steel Industry.

He is also working on initiatives that help to promote the usage of steel in various sectors of our economy. As the Secretary General of the ISA, his primary task is to coordinate the efforts of the Member companies to alert policy makers and decision takers at the National & State levels to current issues and trends and to help promote a conducive and helpful climate for the growth of the Steel Sector as a major and vital contributor to the Indian National Economy.