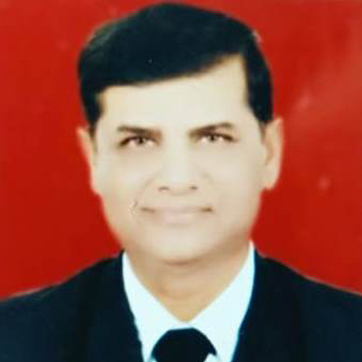 Lt Gen Anjan Mukherjee was commissioned in the Indian Army in 1973. He has worked on artillery guns of British, Russian and Indian origin. He has served in all the operational sectors where Indian Army is in action.

He has been part of Strategic Thinking community in India. He was senior Faculty Member of National Defence College (NDC), New Delhi. As faculty member of the NDC he visited Tanzania, Botswana, Sri Lanka, Italy, Bhutan, Netherland, UK and other countries where he spoke on strategic issues concerning security challenges in those regions and exchanged his views with top military and civilian leadership in these countries.

In India, his contribution towards conceptualizing and manufacture of India’s first indigenous hi-tech 155mm 45 calibre medium artillery gun system named ‘Dhanush’ from special steel to final artillery gun production is well known. He is presently working as Consultant to the Ordnance Factory Board (OFB), Ministry of Defence, Government of India.

He did his PhD in artillery weapon systems modernization, with stress on indigenous manufacture. After retirement he was Consultant to Defence Research and Development Organization (DRDO) and later joined the Ordnance Factories Board. Thus he has deep all round knowledge and experience of strategic, operational, R&D and manufacturing issues in defense sector.

He was Director General of Indian Artillery in the rank of Lt General. He has been awarded twice by the President of India for his exceptional contribution to the nation.