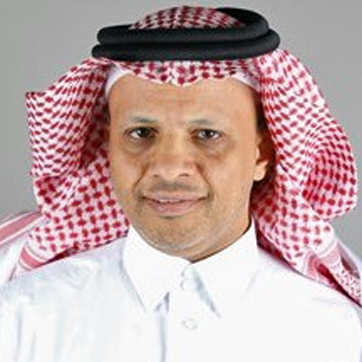 Since May 2016, Eng. Ahmed Al Balawi has been the Director General of the National Project Management, Operations & Maintenance Program (Mashroat). In this capacity, Eng. Ahmad leads Mashroat national pursuit to enable Saudi Arabia's public entities to transform their project delivery, operations and maintenance capabilities based on best global standards while building Mashroat as an organization and a national center of excellence and a point of reference in Project Management, Operations and Maintenance.

Prior to his current role, Eng. Ahmed was appointed in 2010 as the General Manager of the Technical Affairs Sector at the Royal Commission in Jubail, with responsibility over Project and Urban Planning, Engineering, Construction and Environmental Protection matters of key projects such Jubail 2 and Ras Al Khair.

In 2006, Eng. Ahmed was appointed as the Director of the Engineering Department at the Royal Commission of Jubail where he successfully led the expansion of the Jubail Industrial City, the Residential Districts and the Commercial Port. He also directed the planning and the engineering work for the facilities and utilities of the Royal Commission in Jubail.